Just before Christmas, the First Tier Tribunal published its decision in Portview Fit-Out Limited; a case involving the Clavis Herald SPT planning, which was heard in July 2021.

We posted an article in June last year that discussed the Tribunal decision in the Avonside Roofing case, which also involved the same planning. https://tridenttax.com/tribunal-decision-in-recent-clavis-herald-case-is-timely-reminder-that-hmrc-must-play-by-the-rules/. In that case, the Tribunal considered an appeal against an information notice issued by HMRC as part of its enquiries into the use of a tax planning arrangement known as Clavis Herald SPT. HMRC argued it needed the information to understand the behaviour of the people involved and to decide whether it should charge penalties on tax apparently lost because of the planning. The judge upheld the appeal, ruled the information notice to be unlawful and shared some interesting thoughts on the merits of HMRC’s case that are revisited in the Portview case. This latest Tribunal decision offers some useful guidance on how the behaviour of individuals should be considered in the context of tax planning.

As explained in our June 2021 newsletter, the planning involved an employer making payments to an external remuneration advisor, who applied the funds it received for the benefits of key employees, typically by establishing a special purpose trust (SPT) for the benefit of an employee. The employer took a tax deduction for the amounts paid but did not operate PAYE.

The circumstances leading to the penalty that was the subject of the appeal in the Portview case are a little unusual. A company used the Clavis Herald SPT planning 5 times over more than one tax year. HMRC opened enquiries and made Regulation 80 determinations to bring PAYE into charge. The company and HMRC reached an agreement to settle the PAYE by way of a contract deed. The company undertook to pay a sum to cover the PAYE, NIC and interest. Importantly, the company did not settle any penalties, which were left for HMRC to decide separately. HMRC charged a penalty on the fifth time the planning was used on the basis that, by the time this transaction was completed, there was a deliberate loss of tax. The company appealed the penalty, which was heard by the Tribunal.

HMRC presented email correspondence that included discussions of the value of loans that would be made available by the SPT once funds had been paid. HMRC argued that the email correspondence showed that the company did not properly implement the planning, the outcome of which was pre-ordained and the remuneration advisor did not provide an independent service. HMRC contended that the company knew this and so had deliberately understated the PAYE due from the company.

Discussion of careless or deliberate behaviour

The burden of proof rested on HMRC to prove there had been a loss of PAYE due to careless or deliberate behaviour. The judge observed that the emails put forward by HMRC were capable of more than one interpretation and there was nothing in the evidence to show that the remuneration company was not independent within the arrangement.

HMRC pointed to certain aspects of the transactions that were different from the planned transactions set out in the advice to the company, but the Tribunal judge did not agree that the planning failed as a consequence. The judge found that the appellant company, “…implemented the arrangement…in accordance with the headline steps that it had been advised would lead to the desired tax results. Therefore, the Appellant did not know that there were any inaccuracies on the P35 nor did it fail to take reasonable care in that regard.”

This line of argument was also considered in the Avonside Roofing case. HMRC suggested that failure by the company’s officers to follow planned transactions precisely amounted to careless behaviour but the judge described these as examples of carelessness in abstract that did not amount to careless behaviour linked to the submission of a return.

The judge’s reference to “headline” steps suggests that the question that was addressed was whether the transaction was substantially completed in accordance with the advice provided to the company. HMRC looked to argue that deviation from the exact steps on which tax counsel had advised rendered both the planning ineffective and the company officers careless. The Tribunal judge was not prepared to accept that as a valid measure of real-world behaviour.

Was there an inaccurate return?

There could be no penalty if the return did not in fact contain an inaccuracy when it was filed.

HMRC appears to have assumed that the company’s agreement to settle the PAYE on which penalties were charged amounted to an admission by the company that the relevant PAYE returns were incorrect. The law regarding the use of employee benefit trusts, however, had changed between the company filing the PAYE returns and the decision in the Glasgow Rangers case, which will have featured in the decision to settle.

The appropriate question to answer, when considering penalties, was whether the return was incorrect when it was filed. The judge referred to a precedent case in which the Upper Tier Tribunal made the point that a return does not contain an inaccuracy at the time it is submitted if a taxpayer adopts a position in their return which, albeit controversial, cannot be said (at the time of the return) to be wrong, even if the law is subsequently held to be interpreted differently.

The judge in the Portview case said; “Ultimately, I am not satisfied that HMRC have established that, at the time of the submission of the relevant P35, the position adopted by the Appellant was “wrong” (as opposed to being controversial)…”.

HMRC has asserted throughout its enquiries that the Clavis Herald SPT planning did not work and has pointed to various policy statements in which it made clear this view when the planning was still in operation. This view was ultimately vindicated by the decision in the Glasgow Rangers case in 2017 but it was not in line with the law and practice of the day when Portview undertook its planning several years before that. Consequently, participation in the Clavis Herald SPT planning may be characterised as controversial but any PAYE returns filed were not “wrong”.

Where does this leave HMRC? It has lost two cases involving Clavis Herald SPT planning where the subject of the appeals was primarily the behaviour of the parties involved, but the Tribunal’s decisions also call into question HMRC’s fundamental technical position. This will impact both HMRC’s ability to defend some of the extended time limits assessments it has made and penalties charged.

There may be yet further consequences for HMRC when users of the planning pause to reflect on the pressure that was brought to bear on them to settle including the very public way in which HMRC discussed its criminal enquiries into the scheme and the inevitable implication given to users that they were potentially vulnerable to criminal penalties by reason of their involvement.

We are acting for a number of companies that participated in the Clavis SPT planning and if you would like to discuss this topic in more detail, please contact us. 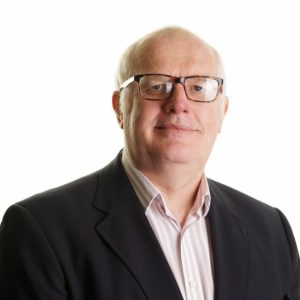