Cryptoassets and capital gains tax: a nudge from HMRC

As predicted some time ago, HMRC has now written to UK holders of cryptoassets to “nudge” them to check their capital gains tax position.

The letter informs recipients that disposals of cryptoassets may give rise to capital gains tax liabilities.

It explains that disposals of cryptoassets include:

The last example, exchanging one cryptoassets for another, is particularly important. There remains a widespread misconception that a gain or a loss only arises when funds are withdrawn from an exchange. This is not the case. Each exchange of one cryptoasset for another gives rise to a potential gain or loss. If the taxpayer’s net gains exceed the annual exemption, or if the proceeds received in a year are in excess of four times the annual exemption, then the disposals must be reported to HMRC on the taxpayer’s self-assessment tax return.

Aren’t holdings of cryptoasset anonymous? How has HMRC identified holders of the assets

HMRC’s nudge letters are based on information obtained from UK-based exchanges including Coinbase under a “data holder notice”.

Coinbase shared information with HMRC on all its customers with UK addresses who received more than £5,000 of cryptoassets into their Coinbase account in the 2019/20 tax year. Other exchanges may have shared similar information.

However, HMRC’s published view is that he “situs” of a cryptoasset follows the residence of the owner. Therefore, if a taxpayer is non-UK domiciled, but UK resident, HMRC will his or her cryptoassets as situated in the UK. Any gains arising on the disposal of such assets will not therefore be sheltered by an election for the remittance basis. Perhaps even more concerning for non-doms is the fact that HMRC’s view means that a purchase of cryptoassets by a UK resident non-dom from their overseas income and gains will have triggered a taxable remittance at that point. As HMRC’s view on the situs of crypto assets was not published until late 2019 there are potential arguments around purchases before this time.

HMRC’s view of situs appears to be a relatively simple and a pragmatic one; it is not based on statute and there are other views on the situs of cryptoassets by respected professional institutes and academics which appear to be based on a deeper analysis. However, if a taxpayer wishes to file on the basis that his or her cryptoassets are non-UK situs, they should consider an appropriate disclosure in the relevant self-assessment tax return and expect an HMRC enquiry will follow.

ICAEW correspondence with HMRC suggests that the nudge letters have not been issued to non-dom taxpayers but, say HMRC, that does not signal a change in its position on the situs of cryptoassets. In our view, the fact nudge letters have apparently not yet been issued to non-doms is unlikely to alter HMRC’s stance if they discover transactions in cryptoassets later, nor does it remove the obligation for non-doms to consider their own tax position now on an unprompted basis.

The letter refers to capital gains tax. Are there income tax implications?

While HMRC’s nudge letter is focused on capital gains tax, there are other tax implications of acquiring, holding and disposing of cryptoassets.

Cryptoassets received as remuneration are taxable as employment income. Employers will also have certain compliance obligations including the operation of PAYE and the collection of National Insurance Contributions. Clearly, this aspect will have its own particular challenges.

Do I need to do anything in response to HMRC’s letter?

Recipients do not to respond to HMRC’s letter. Unlike other nudge campaigns, HMRC has not requested a response. However, we strongly recommend that clients should review their positions to consider whether they need to amend their returns or to make a disclosure to HMRC. There is no specific disclosure opportunity focused on cryptoassets, but the Digital Disclosure Service can be used. However, if there is any deliberate behaviour, then particular care is required and it may be more appropriate to consider a disclosure under the Contractual Disclosure Facility which, if accepted, offers immunity from criminal prosecution in return for the payment of tax, penalties and interest.

If you would like to discuss the tax implications of cryptoassets for you or your clients, please contact us. 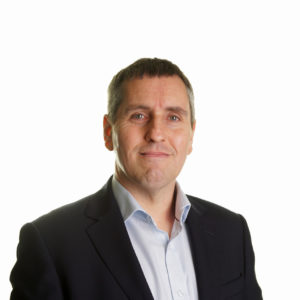