Discovery” assessment defeat for HMRC: should a hypothetical HMRC officer be able to draw conclusions from the accounts?

HMRC can issue an assessment where an officer discovers that an assessment to tax is insufficient, a discovery assessment, if the officer could not reasonably have been expected to be aware of the insufficiency of the assessment on the basis of the information made available to them within the time limit for enquiring into the return.

In the recent First Tier Tribunal case of Ball Europe Ltd, HMRC failed in their attempt to issue a discovery assessment, on the basis that the hypothetical HMRC officer should have been able to realise that there was an insufficiency of tax on the basis of the 2003 accounts and corporation tax return submitted.

When looking at loan relationships in a company, the broad approach is that the credits in the accounts are brought into charge to corporation tax. The case arose in respect of a £10m credit which was not in the company’s profit and loss account but was in its “statement of recognised gains and losses”, the STRGL.

The technical position was relatively complicated, the credit arose because the company received a promissory note and this was taxable under the old Schedule D Case VI – what is now the “income not otherwise charged” rules. The gain was not included in the P&L because in accounting terms it was not “realised” i.e. it was not cash or nearly cash.

In effect the tribunal decided that if there is a £10m credit in the accounts, albeit that it is in the STRGL and not the P&L account, and there isn’t a £10m adjustment to the P&L figure in the corporation tax computation, an Inspector examining the return should be able to deduce that there could be an understatement of corporation tax liability. The taxpayer’s accounting expert told the tribunal that it was basic accounting knowledge that there are lots of gains and losses which appear outside the P&L, saying “It would be a pretty limited single eye view of life just to look at the P&L to work out the gains that might be taxed in a company”.

In other cases on discovery assessments, the tribunal have often found for HMRC, possibly because they focus on the likelihood that tax is due. The Veltema case, in particular, set a very high threshold on the amount of information that would need to be included in a return in order to protect against a discovery assessment. However, the requirement for HMRC to make a discovery is important in allowing a taxpayer to obtain finality, and for a company this allows the company to be sold later with clarity about its tax position. There have been recent cases where the taxpayer won on the grounds that a discovery was “stale”, because HMRC had made a discovery then delayed taking action, which in effect recognised this.

It is important for the officers of a company receiving a discovery assessment to take advice on whether that assessment is made in accordance with HMRC’s powers, and we would be happy to advise anyone in this position. 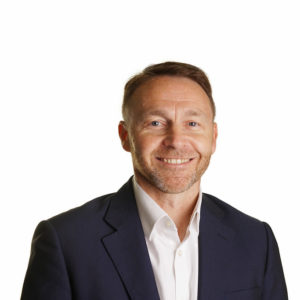