How significant is the FTT’s recent decision in Marlborough DP Limited?

The FTT’s decision in favour of the taxpayer in the case of Marlborough DP Limited v The Commissioners for HMRC [2021] UKFTT0304 (TC), released on 1 September, goes against the grain of most of the judicial decisions over the course of the last few years in cases involving trust arrangements by close companies and their owner-managers.

In Marlborough, HMRC argued that the July 2017 decision of the Supreme Court in the case of RFC 2012 plc (in liquidation) v Advocate General for Scotland [2017] UKSC45 (“the Rangers case”),  very much the judicial high watermark in cases involving “disguised remuneration” schemes, applied to the trust arrangements which had been used by the company in order to provide its owner-manager, Dr Thomas with “diverted earnings” (in the manner found in Rangers).

Counsel for the taxpayer argued that HMRC’s case did not correctly apply the tests set out in case law for determining whether sums constitute earnings, and that the different circumstances in Rangers did not provide an answer as to whether the payments in Marlborough constitute earnings.  Counsel for the taxpayer also argued that the source of the payments was Dr Thomas’ shareholding in the company, and that the relevant sums would have been paid to Dr Thomas as dividends if the trust arrangements had not been used.

In making its decision the FTT identified a difficulty, in that there was “little to tell us what underlying purpose [the company] had in enabling the relevant sums to flow into Dr Thomas’ hands”.  However, such evidence as there was, pointed to the conclusion that the relevant sums were not paid to Dr Thomas as a reward for his services as a director but rather constitute distributions made as a return on his shareholding in the company.  The FTT’s decision acknowledged that, “Dr Thomas was plainly aware that the aim of using the [trust] arrangements was to route [the company’s] profits into his hands under a legal form, as contributions to the [trust] and loans from the [trust], which on the face of it do not attract tax, as opposed to in the form of dividends or salary which would attract tax”.

However, Dr Thomas did not accept, as Counsel for HMRC at times seemed to suggest, that he would have received the same amounts through the trust arrangements even if he had not been the sole shareholder of the company.  Counsel for the taxpayer also drew the FTT’s attention to the advice that is typically given by tax advisers for owner-managed companies, whereby a small salary is paid and the remainder of the profits of the company are extracted by way of dividend. In advance of the hearing, the company had accepted that the relevant sums were taxable as distributions and, on that basis, it was not entitled to a deduction (for the contributions to the trust) in computing its profits for corporation tax purposes.

We have read elsewhere that the decision, if not overturned on an appeal by HMRC, could be potentially momentous for sole director shareholders but, in our view, the decision is likely to be of only limited application, because in most of the historic trust arrangements used by owner-managed companies there will be sufficient evidence to establish a direct connection between the contributions to the trust and the director’s employment, as was the case in Rangers.

However, for those companies which used Baxendale-Walker’s trust arrangements, where the beneficiaries of the trust are defined by reference to individuals connected with “providers of service or services or custom or products to the [founder] company”, the Marlborough decision is likely to have come as a very pleasant surprise, and subject to reversal on appeal, will have restricted the tax liability in respect of the trust arrangements to corporation tax (on the contributions to the trust), on the assumption that HMRC are now out of time for assessing the shareholder(s) on distributions received under the arrangements.

If you would like to discuss the potential implications of the decision on any of your clients, please contact us. 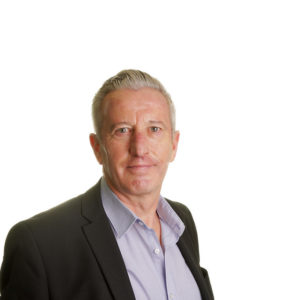