Tax fraud – To prosecute or not to prosecute? That is the question.

In 2016 HMRC’s Fraud Investigation Service (“FIS”) was formed bringing together both criminal and civil investigators, a world first for tax enforcement. Since then, more than £1 billion has been recovered from tax offenders and the proceeds of crime. HMRC has described that sum as being the equivalent to the cost of funding 20,000 NHS nurses for an entire year.

FIS continues to employ its available resources using both criminal and civil enforcement powers to disrupt the movement of illegitimate cash and assets.

The criminal charges brought by HMRC against Bernie Ecclestone for allegedly failing to declare overseas assets of more than £400 million (and, therefore, evading his UK tax liabilities) are, of course, headline grabbing. There is no doubt celebrity prosecutions for tax fraud provide great “PR” for HMRC but the CPS has to work very hard to secure a conviction. Some might say therein lies the problem.

To secure a criminal conviction, the Crown must prove the guilt of the accused beyond all reasonable doubt whereas success against tax fraudsters in civil proceedings can be achieved on the balance of probabilities; a much lower bar. That, and the fact that the costs associated with criminal proceedings tend to be much higher than civil (the trial of Mr Ecclestone is expected to last up to six weeks alone) is likely to explain HMRC’s comparatively scarce use of its criminal investigation powers.

In the financial year 2020/21, HMRC secured a total of 157 criminal convictions. Whilst that number is generally higher in non-Covid impacted years, many people will find the ordinary tally still surprisingly low. There were 610 successful HMRC prosecutions in 2019, for example. Those and similar statistics continue to receive criticism from the House of Commons Public Accounts Committee.

Even though its actions against the likes of Mr Ecclestone may be more newsworthy, the importance of HMRC’s non-criminal work in tackling tax evasion (and for that matter, tax avoidance) should not be underestimated.

The focus of HMRC’s civil measures tends to be the recovery of unpaid taxes (including late payment interest) and, where the tax in question has arisen either as a result of careless or deliberate behaviour, a tax geared penalty. Keep in mind that penalties can be charged at up to 100% of the tax potentially lost rising to 200% where associated assets are held overseas, and it becomes clear how significant a financial contribution to the Exchequer HMRC’s civil actions can and do make.

Cases of serious tax fraud which, for whatever reason, do not proceed down the criminal route are investigated under HMRC’s Code of Practice 9 (“COP 9”). Under those procedures (which are reserved for cases where the tax at stake results from deliberate behaviour), taxpayers are invited to make full disclosures of all tax irregularities. In return, they receive a guarantee that they will not be prosecuted. However, the Contractual Disclosure Facility (“CDF”) which is the name given to these arrangements, comes with a caveat. That is, if HMRC suspects that disclosures made are incomplete, all bets are off and it reserves the right to revert to criminal proceedings.

Is the balance right?

Logically, a tax system which allocates a higher proportion of its available resources to civil tax investigations seems to make economic sense. Costly preparation for and attendance at criminal trials is used sparingly and reserved for those cases which warrant the most severe consequences. Meanwhile, working alongside, a greater proportion of its attention is applied to civil tax investigation proceedings armed with far reaching information powers and the ability to charge stringent financial penalties for non-compliance.

It will be interesting to track the progress of successful criminal convictions in 2022, not least to determine if numbers have recovered to pre-Covid levels. The same can also be said for the number of tax investigations registered under COP 9.

In 2018/19, 934 COP 9 investigations were registered. That number fell to 662 in 2019/20, 411 in 2020/21 and 341 in 2021/22. It is hard to make sense of those falling numbers, not least because we understand they coincide with periods of significant recruitment within FIS; admittedly there is likely to be a time lag between recruitment and training and the effective deployment of those extra resources.

No doubt significant HMRC resource continues to be allocated to its Counter-Avoidance teams and that might partially explain the above trend. However, it would be a matter of concern if HMRC is prioritising its efforts on combatting legal tax planning rather than the illegal activities of tax evaders. That cannot be right. Can it?

Information sources: All statistics referred to have been obtained from HMRC sources 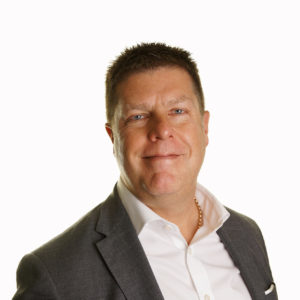