As we all know by now, most EBT/EFRBS type arrangements don’t “work” in the sense they are not accepted to deliver the hoped for tax result. Cases such as Oco/Toughglaze and Rangers saw to that, with the result that many taxpayers who entered into such schemes admitted defeat and have settled the tax liabilities arising with HMRC, particularly with the threat of the 2019 loan charge hanging over them instead (more on that below).

The arrangement considered by the GAAR panel on this occasion presented a twist on such planning arrangements. The twist was that the beneficiaries of the trust are not the employees of the business but rather (for all intents and purposes) providers of finance to the Trust. In this particular case, the provider of finance happened to be the director of the company that established the trust. The director in question lent £100 per month to the trust (which was repaid a month later so no more than £100 was ever outstanding). In return, the trust lent the director approximately £125,000, which was essentially the sum contributed to the trust less promoters fees. The company claimed a Corporation Tax deduction for the sum contributed to the trust, and it was claimed that the loan to the director was not taxable and, in particular, was not taxable under the Disguised Remuneration legislation as the loan was not connected to his employment.

In April this year the GAAR advisory panel – a body of independent tax specialists which opines on the “reasonableness” of certain tax planning considered to be abusive by HMRC – reported that the arrangements were in its view contrived and served no purpose other than to avoid tax, and therefore concluded that the taxpayer entering into the arrangements was not a reasonable course of action in relation to the relevant tax provisions. That is the same conclusion they had reached on various EBT “fettered payment” schemes previously.

On 1 September HMRC issued Spotlight 56, warning that taxpayers who entered into such arrangements on or after 17 July 2013 (when the GAAR legislation was introduced) may now receive a “GAAR counteraction notice” – essentially allowing HMRC to adjust any relevant tax returns to reflect the correct position, which is likely to include a PAYE and NIC charges on the company in respect of the amounts “loaned” to the Director). Although the taxpayer has the right to appeal any such adjustments to the Tribunal, the chance of success would appear to be slim in view of the GAAR panel’s view on the arrangements. Furthermore, the issuance of a GAAR counteraction notice also allows HMRC (if it couldn’t do so before) to issue an Accelerated Payment Notice – forcing collection of the tax now, even if the taxpayer appeals to the Tribunal. HMRC suggest that if taxpayers want to avoid this, they should contact HMRC to settle the tax that is due instead, to avoid any ongoing costs of investigation and litigation. HMRC have said that “no special terms” will apply to taxpayers who settle after 30 September 2020, although it may be noted the settlement terms HMRC have offered previously appear to offer little in the way of an incentive in any event.

For those affected, the timing of the publication of the GAAR Panel’s opinion is unfortunate, perhaps due to COVID 19 delays. The GAAR panel opinion is dated 7 April, it appears to have been published by HMRC on 28 August and followed by the issue of the Spotlight on 1 September. It means employers were given only a month to decide whether to reach settlement with HMRC, which will simply not be practical in some cases.

If that doesn’t give clients (and their advisors) enough to think about, HMRC also make the point in the spotlight that the 2019 loan charge may apply to outstanding loans in this and similar cases. This was discussed in more detail in previous newsletters and is, broadly, a charge to PAYE/NIC on loans made to employees through tax avoidance arrangements such as EBTs, that were not otherwise be charged to tax as income in the past. The liability arises on 5 April 2019, but (following much controversy regarding the loan charge) now only applies, again broadly, to loans made between 9 December 2010 and 5 April 2016, and only then if they were not fully disclosed to HMRC. Settling the historic liabilities associated with the planning arrangements with HMRC is an effective (if costly) way to avoid the loan charge.

The timing of this announcement also means that in cases where the employer does not settle with HMRC, the individuals with loans outstanding at 5 April 2019 need to decide whether to amend their 2018/19 returns by 30 September to include the Loan Charge. Our understanding is that some users of schemes that rely on them not being able to benefit from the trust as a result of their employment may have been advised that the loan charge will not apply to their loans, so this may come as a considerable surprise to them. If the employer does not meet the liability, it will fall to them instead.

As already explained, this may also require some immediate action to be taken. Taxpayers within the loan charge are required to report the loan charge on their 2018/19 tax return, and in such cases HMRC have extended the date for submission of the relevant tax return to 30 September 2020, less than two weeks from now. If the individual taxpayer wants to spread the loan charge over 3 years, they also have to submit a loan charge reporting form by the same date.

Affected taxpayers will therefore need to consider the position carefully, but quickly. Do they settle with HMRC now to avoid the loan charge, or do they continue the fight to the Tribunal (despite the GAAR panel decision) and suffer the loan charge instead, should it be in point? As a further complication, HMRC have made it known that a penalty of up to 60% could be levied if the arrangement was used after 15 September 2016. 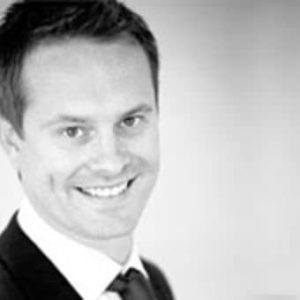