“Staleness” is an argument used in recent years by taxpayers – with some degree of success – to persuade the Tribunal that assessments raised by HMRC are invalid.

The point of law concerns the discovery provisions within Section 29 Taxes Management Act. The legislation allows a Revenue Officer to make an assessment if broadly he or she “discovers” that income has not been assessed or a claim to relief has become excessive. There have been many cases in which the question of what constitutes a discovery has been examined. Essentially, a Revenue Officer must be able to show that they did not have the necessary information to be able to understand that the liability shown in taxpayer’s return was insufficient.

The staleness argument centres on the word “discover”, and the fact that this should be interpreted as something that “newly arises” – and therefore if HMRC “discovered” a tax insufficiency in a tax return they must issue a discovery assessment sooner rather than later.  If they delay too long, the discovery becomes “stale” and the discovery assessment is therefore invalid – even if the assessment itself was raised within the statutory time limits to do so (generally four years from the end of the tax year to which it relates, extended to six years if the taxpayer has been careless, or 20 years for deliberate behaviour).

As an example, in the Patullo case the Upper Tier Tribunal held that a delay of 18 months between discovery and assessment would render an assessment stale “on any view”.  In Beagles, a delay of 2.5 years was enough for an assessment to be held stale.

However, in the recent Tooth decision the Supreme Court held unanimously that there is in fact no concept of staleness in relation to discovery assessments, noting that there is “no place for the idea that a discovery which qualifies as such should cease to do so by the passage of time“.  Although HMRC lost the case on other grounds – and the taxpayer concerned walked away almost £500,000 better off as a result – HMRC may well breathe a sigh of relief that for all intents and purposes the troublesome (and potentially embarrassing) doctrine of staleness is now dead in the water, meaning another potentially valuable protection for taxpayers has disappeared almost as soon as it arrived.

However, to finish on a (slightly) positive note  it is worth bearing in mind paragraph 84 of the judgment, of the Supreme Court refers to the possibility of remedy by means of judicial review in cases where HMRC does not “respect any legitimate expectation [of the taxpayer] which they have created”.   Indeed, Hui Ling McCarthy QC, who represented HMRC in the case accepted that, “depending on the circumstances, a deliberate decision not to assess promptly might amount to irrationality which might in turn provide the basis for a remedy”. Judicial review can be an extremely expensive form of remedy, which is used relatively rarely and, unfortunately, is unlikely to be an antidote to the loss of the staleness concept in most cases. 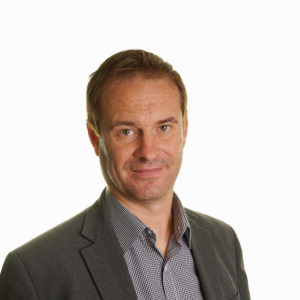